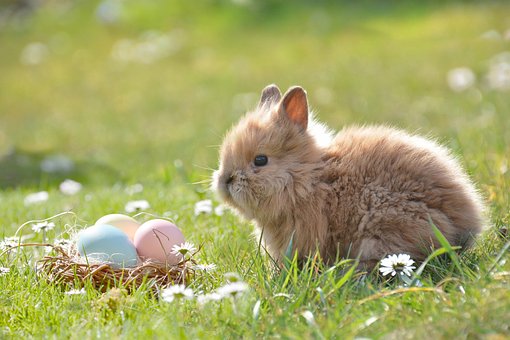 After every vacation, the Merciful Mistress of the Rectory and I enjoy taking a day or two off and just relaxing. We love to sit around and tell stories.

My wife usually starts by saying, “Hey, remember the time when…” And she continues with a story I forgot. When she’s done, we laugh together.

Then it’s my turn and I start, “Hey, remember the time when…” And I go on and tell a story that she may have forgotten, I really don’t know. When I’m done, we laugh together like it’s the funniest thing we’ve heard all day.

It’s just our way of relaxing and unwinding after a holiday. Holidays are very busy times for us, we like them, but they do demand a lot from us. It seems that the older we get, the more it demands of us. I don’t know exactly what that means. Just don’t tell me what it means!

Usually we continue with our stories until we are too tired to tell a story or laugh.

Last holiday, the Gracious Mistress of the Rectory came up with a story that I had long forgotten. In fact, I’m not sure if the details of her story matched the truth, but who am I to argue with her.

“Remember the time,” she said rather soberly, “when the Easter Bunny came away?”

I had to stop and think a bit because it wasn’t in any of my memory files.

Then she began to wind down the story.

As it stands, according to her memory, I went to do a magic trick for the kids before they got fired from the morning shift. I was going to pull a little bunny out of a hat. I practiced quite a bit and thought I had everything under control.

I should know by now that the time you know you’ve covered everything, there’s a little bit that defies observation.

I had all the kids come forward so they could see the amazing magic trick I had in store for them. I began by telling them the story of the resurrection of Jesus.

According to my wife, I was telling them the story when Mrs. Steward yelled at the back of the congregation, “There’s a rat in the church.” With that, she jumped on top of the couch and did her famous dance of fear. You don’t want to see it. All the while she yelled, “Rat, rat, rat.”

It was enough to get the whole congregation to their feet and yell, “Where’s the rat?”

Having a rat in church is not good. I don’t know how a rat can get into the church unless it’s elected to the board.

There was such a commotion in the church auditorium that we really couldn’t get on with the service. I wasn’t sure what to do because we hadn’t accepted the sacrifice yet. Whatever happens after the sacrifice is okay.

At that point, I couldn’t get the kids’ attention because they were standing on the couch and looking back, wondering where in the world the rat was or where it came from.

I got one of my elders to go back and try to resolve the situation. I’ve never had a rat in church.

After a few minutes my oldest found the “rat” and caught it. The “rat” turned out to be the little bunny I had to have in the hat I was going to surprise the kids with.

How that bunny got out of the box where I put it is still something that amazes me to this day.

The eldest held up the little white bunny and said to everyone, “It’s okay, it’s not a rat, it’s a little bunny. A little bunny can’t hurt anyone.”

The entire congregation, including Mrs. Steward, sat in their pews and laughed and laughed as they clapped their hands for the eldest who saved the day. I was even laughing and clapping.

I didn’t know what to do now that my magic trick was out the window, it was hard to get the little ones attention. I eventually sent them to their classes and tried to bring the congregation back to a certain level of sanity.

I can’t remember what my sermon was that day, but I do remember that there was a lot of laughter during my sermon. I’m not sure if anyone even listened to my sermon. I was tempted to preach the sermon the following Sunday, but it wasn’t Easter Sunday. I could keep it until next year, which is probably what I did.

Sometimes things are not always what they seem. The challenge is to find what is really true in the midst of turmoil.

Perhaps Solomon was thinking of this when he said, “There is a way that seems right to man, but the end thereof are the ways of death” (Proverbs 14:12).

There is a big difference between a rabbit and a rat. Sometimes we confuse the two and in that confusion we cause alarm. I want to be able to distinguish between the Bunny element and the rat element in my life so that I can have peace and tranquility.